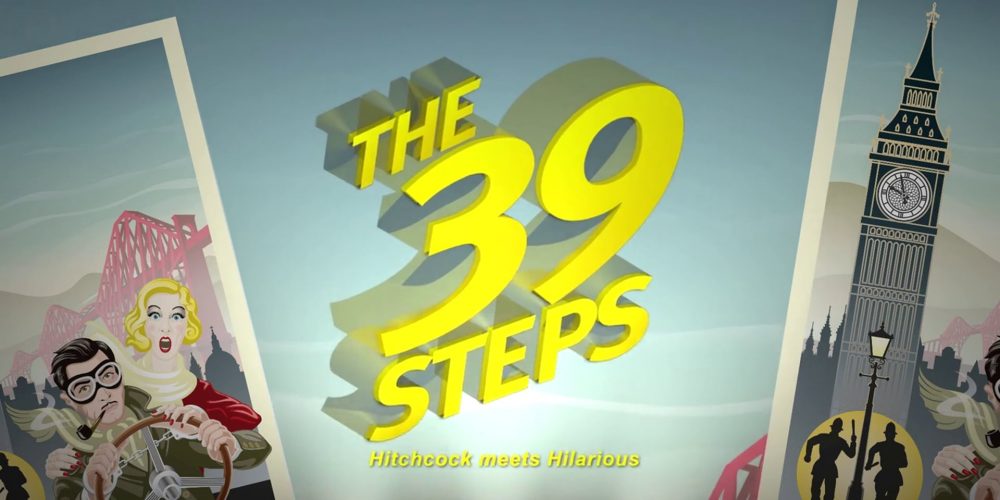 The 39 Steps is a fast-paced, side-splitting comedy featuring over a hundred characters played by four actors.

Based on the 1935 Hitchcock spy thriller movie and novel by John Buchan, the stage production is currently the longest running comedy in the West End and winner of major theatrical prizes from Tony Awards® to the Olivier and Helpmann Awards.

Paying homage to the ‘spy’ genre as well as other classic Hitchcock films, the spectacularly funny and cleverly performed stage adaptation of The 39 Steps was hailed as being “theatre at its finest” by The New York Times.

A rip-roaring night out for all the family, don’t miss this theatrical tour-de-force already seen by over 3 million people in more than 60 countries.

“The 39 Steps won the Olivier Award for Best Comedy in 2007 and it is easy to understand why. There was laughter, wheezing and snorting to be heard throughout the full house! This is an hilarious comedy the whole family will enjoy and is suitable for all ages. There are plenty of visual gags that will entertain even the younger audience members. The 39 Steps is a great family night out!” – Allison Hilbig, Theatrepeople