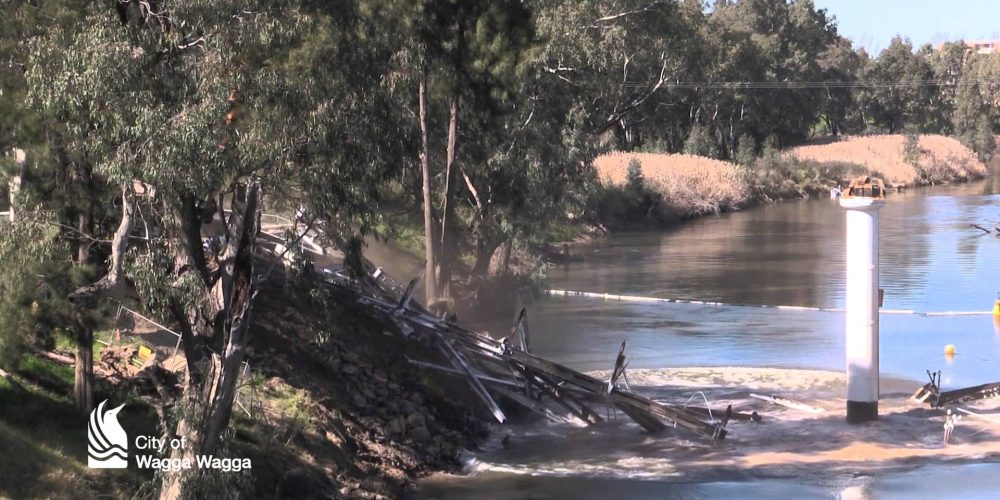 On 20 August 2014, the Hampden Bridge located over the Murrumbidgee River at Wagga Wagga was demolished using the induced collapse method.

The three span Allan type truss bridge was built in 1895.

The bridge was closed to traffic in October 1995 by the Roads and Traffic Authority, just short of its 100th anniversary, when the adjacent Wiradjuri Bridge was opened.

The Hampden Bridge was closed to pedestrians in 2006.

Wagga Wagga City Council resolved in 2013 to demolish the bridge.

More information is available at: www.wagga.nsw.gov.au/hampdenbridge