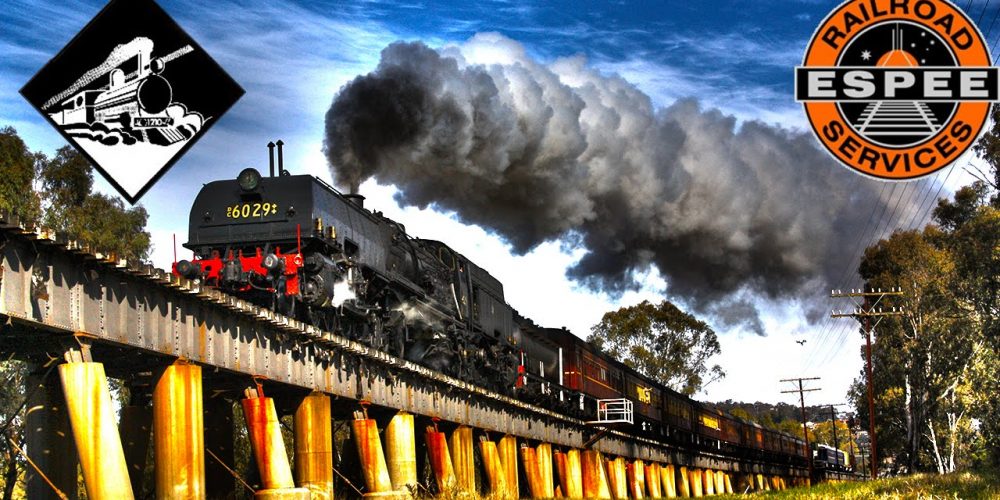 On the Queens Birthday long weekend, Beyer-Garratt steam locomotive 6029 and 4501 ran shuttles between Wagga Wagga and Bomen. One of the shuttles ran to Uranquinty to allow an interstate passenger train (XPT) to pass through.

The tour, ‘Winter Steam Safari’ was run by the Canberra Railway Museum in conjunction with ESPEE Railroad Services and consisted of shuttles between Wagga Wagga, Bomen and Uranquinty on both Saturday and Sunday.

6029 is currently the largest steam locomotive in the Southern Hemisphere.

6029 has only recently been returned back to service after being out of service since the 1980s. The locomotive is based at the Canberra Railway Museum.