Worn Out & Out Of Time 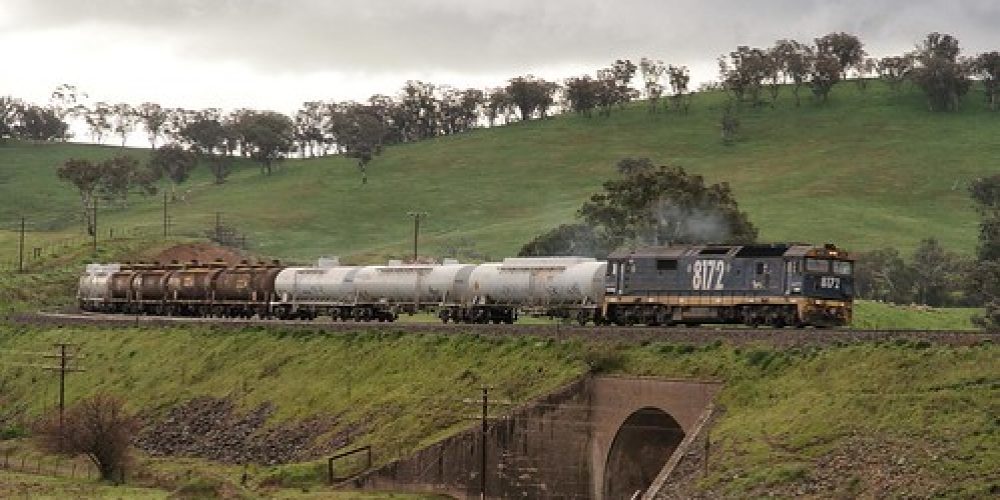 A worn looking 8172 winds around the curves east of Binalong with 3128 empty fuel from Bomen (Wagga Wagga) to Clyde Yard in Sydney. At the time this photo was taken, this train had less than three months to go before cessation. Shell Australia closed their fuel loading sidings at Sandown, giving Caltex (owner of the grey tank wagons) no choice but to road-haul their product. Fuel for Cootamundra loco depot (conveyed in the brown Freight Australia wagons) also changed to road transport once the Bomen trains ceased running.

Grain haulage on the Hume Highway north of A