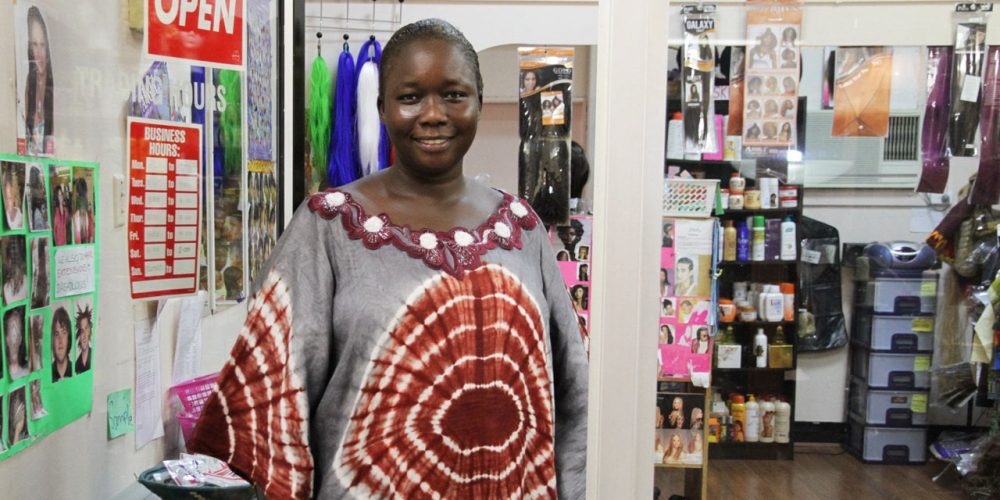 On the main street of Wagga Wagga, a tiny arcade houses four different hair salons. But only one salon meets a new niche, specialising in African hair.

Grace Wadi used to run a coffee shop in South Sudan, before she became a refugee and came to live in Australia. Several years ago she bought a business in the Australian Arcade in Wagga Wagga that specialised in braiding, dreadlocks, hair extensions and cornrows. Grace works in an aged care facility and operates the salon outside her shifts.

The salon gives Grace independence, and being the one of only two African hair salons in the Riverina region, she attracts clients from Albury, Temora, Junee and Wagga Wagga.

Grace’s shop is on the street level of the Australian Arcade, which accomodates around 20 speciality shops. There are three other hairdressers within metres of Grace’s salon but the hairdressers say they all provide something different to the local community.