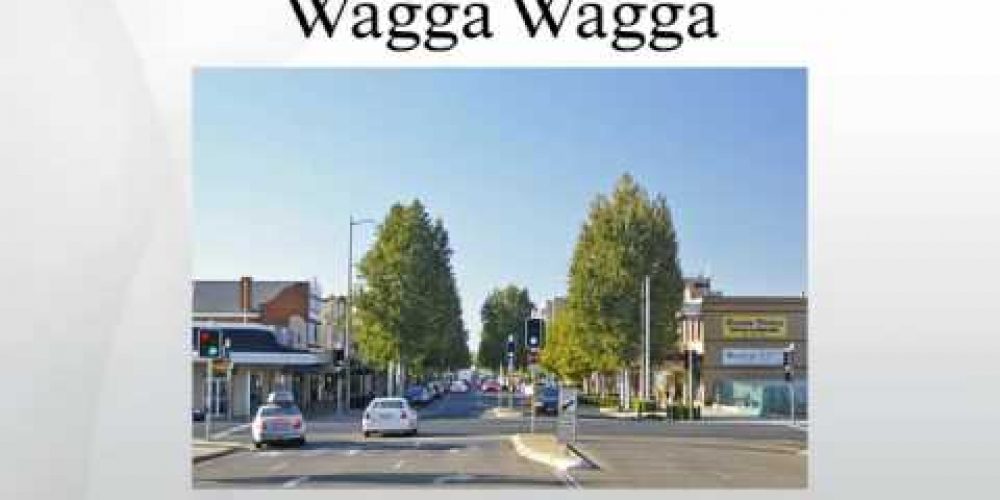 Wagga Wagga is a city in New South Wales, Australia. Straddling the Murrumbidgee River, with an urban population of 55,364 people, Wagga Wagga is the state’s largest inland city, and is an important agricultural, military, and transport hub of Australia. It is midway between the two largest cities in Australia, Sydney and Melbourne, and is the major regional centre for the Riverina and South West Slopes regions.
The central business district is focused around the commercial and recreational grid bounded by Best and Tarcutta Streets and the Murrumbidgee River and the Sturt Highway. The main shopping street of Wagga is Baylis Street which becomes Fitzmaurice Street at the northern end. The city is in an alluvial valley and much of the city has a problem with urban salinity.

This video is targeted to blind users.