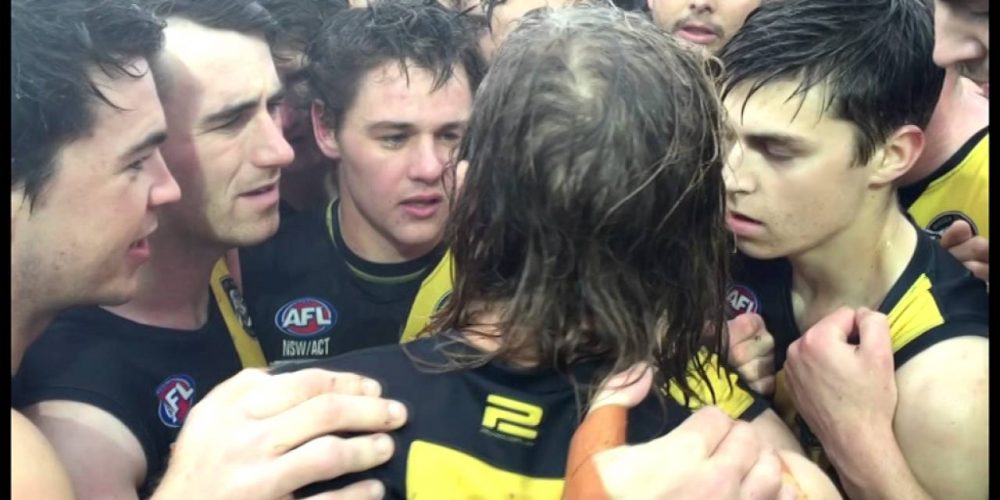 A thrilling four-point Riverina Football League grand final win gave Wagga Tigers their 20th flag in 60 years … a truly remarkable record. Led by 26-year-old Shaun Campbell in his first coaching assignment, the Tigers defeated Leeton-Whitton on the wettest day for a decider in a long time. The wind blew, the rain came in sideways and the Robertson Oval lights had to be turned on but Wagga shone through to beat the Crows 8.8 (56) to 7.10 (52). It truly was a memorable “One Day in September” for those hardy Black and Gold supporters who braved the elements to watch Campbell and his young team win the club’s first premiership for nine years. Oh, we’re from Tigerland …