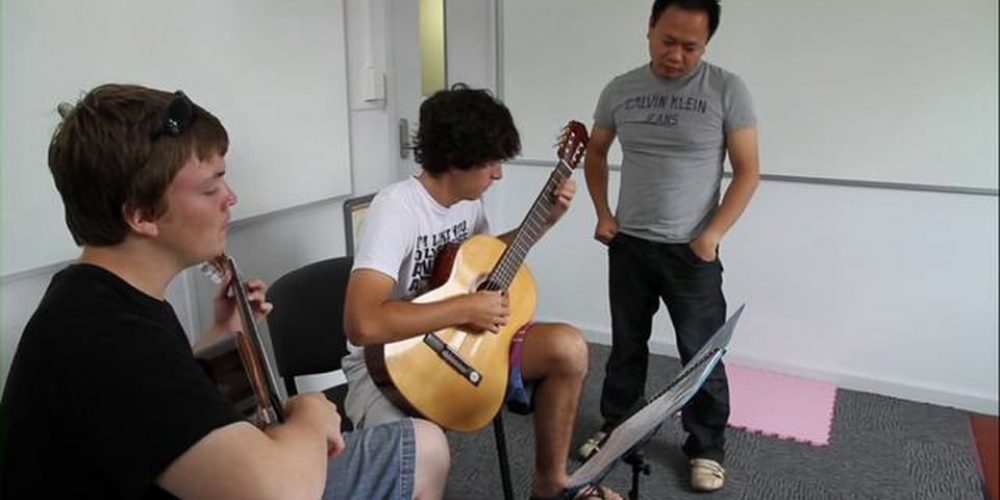 The Riverina hosts an annual strings camp each year, with around a hundred students travelling to Wagga Wagga for an intensive week of classes and collaboration.

This was the first year classical guitar was included. High school students Jeremy and Jason come from Wodonga and Ardlethon. Both struggle to find guitarists in their local area who are of the same standard to call peers.

The two met at the camp and for Jason it was his first experience of playing in a duet. Over the week they worked on duets from the movie Cinema Paradiso before performing together at a concert in Wagga.