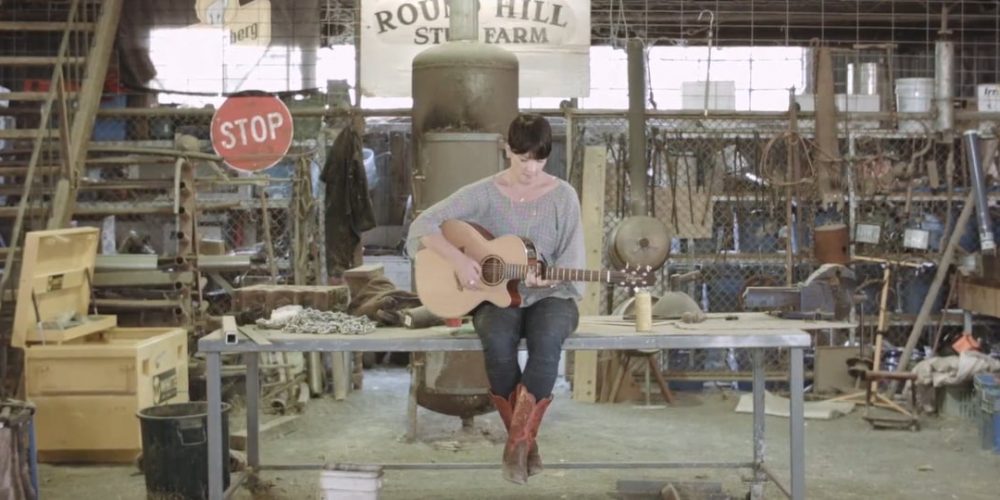 https://www.commercialclubalbury.com.au/Entertainment/ArtMID/473/ArticleID/1045/Sara-Storer-Silos-Tour
Although multi-award winning songstress, Sara Storer, has been relatively quiet in terms of her public profile over the past 3 years, she has not been idle. In 2014 she took out 3 major Golden Guitar awards at the Country Music Awards of Australia in Tamworth and early in 2015, gave birth to her 4th boy. Yes , 4 boys! During this time Sara and her family also relocated from Darwin to the NSW border city of Albury so they could be closer to family.

Having won a Golden Guitar in 2014 for a duet she recorded with long-time friend and sometime musical collaborator, John Williamson, Sara released a song she wrote about John called Canoe which went on to take out the coveted award for Video Clip of the Year in 2015 bringing her total Golden Guitar tally to an impressive 18!

A genuine admiration of Sara’s work prompted John to comment, “Sara has a unique way of seeing and expressing her observations of love and life in the bush. So she is a songwriter that will be remembered beyond her lifetime.”
In March this year, Sara released her 6th and highly acclaimed studio album, ‘Silo’s and is now embarking on a tour that will take her around the country to perform for her legion of loyal fans.

With an absence of 4 years since she last visited many venues in regional Australia, there is sure to be a high level of anticipation for one of our most loved and enduring singer songwriters.

As respected journalist and book author Noel Mengel observes, “It’s Sara’s crisp observations of the Australian landscape and its people that provide the solid foundation stone for her music. She has seen all the beauty, joy and heartbreak this land can bring.”