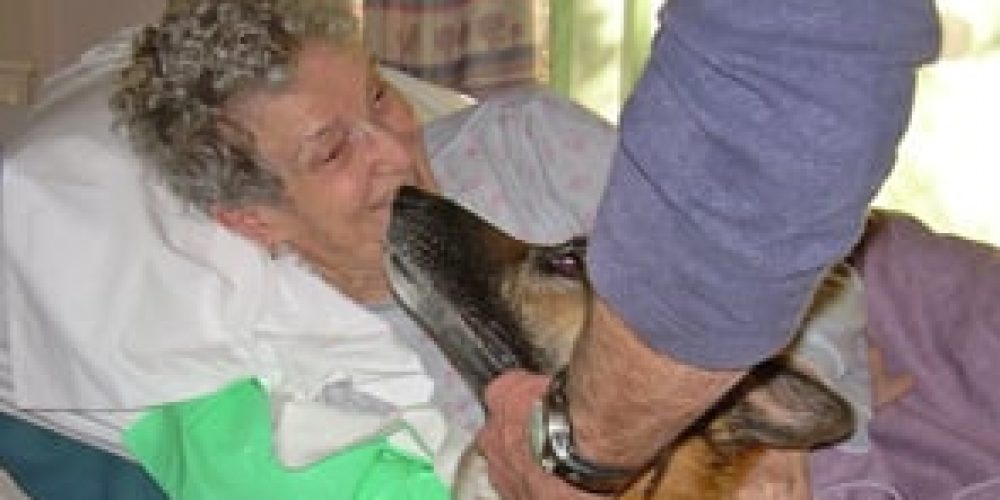 Robert Doubleday and his dog Ruby used to visit an aged care facility in Wagga Wagga each week to provide the residents with pet therapy.

The pair would spend time with around 60 people each week and Ruby would pause to allow people to pat and talk to her.

According to Rob, Ruby’s presence was a memory trigger for many residents who would be prompted to tell stories in her presence. She was a calm and non judgmental listener who brought joy to those she visited.

Rob recorded Ruby’s story as part of ABC Open’s Working Dogs project, which is collecting stories of the very best and very worst things working dogs have gotten up to. You can read Rob and Ruby’s best and worst moments here: https://open.abc.net.au/projects/working-dogs-07kq9eh/contributions/ruby-the-therapy-dog-and-rob-91ng6ki