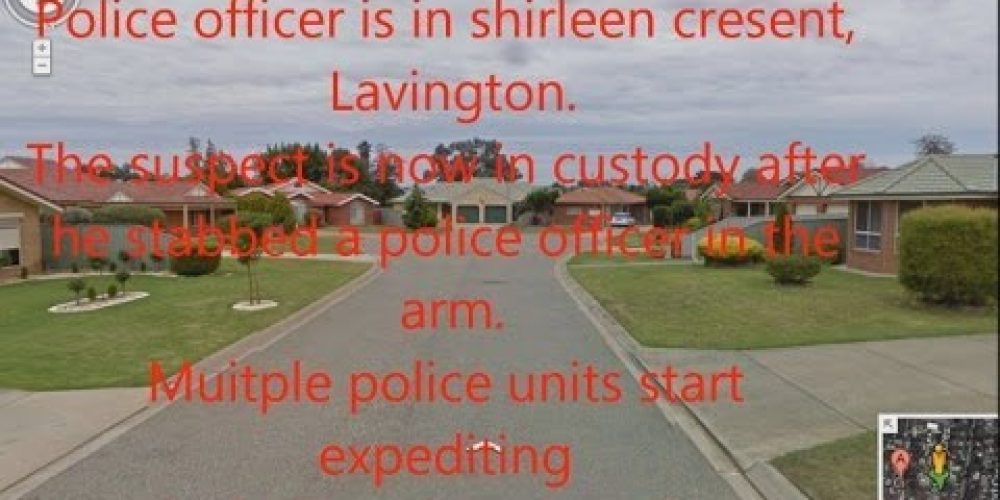 Police Radio Recordings October 29, 2013.
First off we start with channel whiskey (Wagga Channel), An armed robbery occurs at the sturt mall the audio from has being unrelated audio trimmed and shortened.
Then police channel uniform comes in (Albury Channel), and a pursuit quickly ensues, the audio is not shortened but un-related audio has being muted out.
The man from Orange, NSW aged 20 was later charged with attempted murder, assault police causing grievous bodily harm, carjacking, use weapon to avoid apprehension, police pursuit, common assault, two counts of larceny, two counts of armed robbery and other traffic offences..