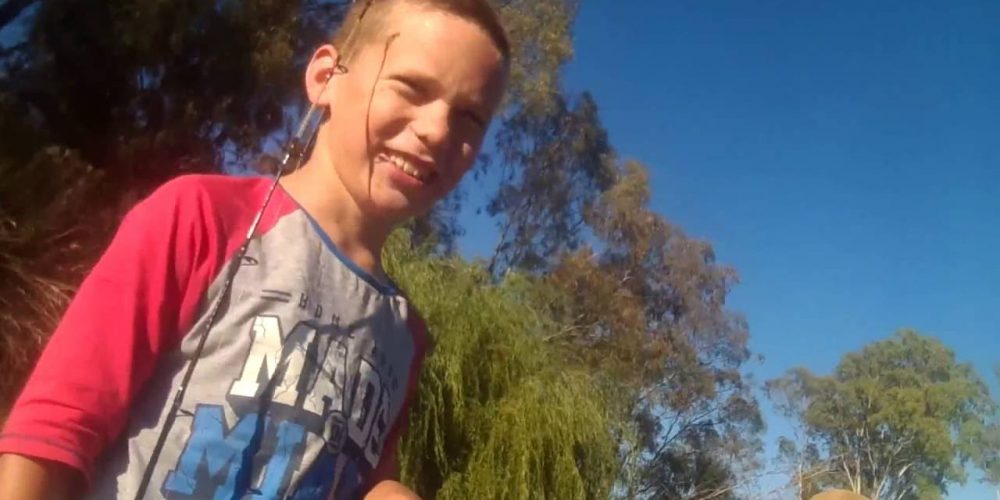 A camping and fishing getaway to remember, for all the right reasons
(with exception to a rather dramatic drone crash)
Clear Summer skies greeted us in Wagga, and the Murrumbidgee water was warm.
First night on dusk, my 6 year old daughter, Jasmine, started the procession of nice fish with a 58cm Murray Cod (released), caught on shrimp.
Next morning at dawn, a bardi grub helped me get on the board with a fat 81cm Murray Cod.
Joined that afternoon by the Monty’s, the river had started to drop, fast! Was the success over?
Not quite.
The next dawn saw Jay set a new PB, 93cm Murray Cod, trolling a No.1 JJ’s StumpJumper, and followed it up with another fat 85cm specimen the next afternoon (the second without the help of a landing net or lip grips, only Laura and Jasmine cheering from the front of the boat).
An trolled Oar-Gee, the same afternoon, gave me a Murray Cod in the keep zone (55-75cm) at 61cm, and she was thoroughly enjoyed…
Erica and Geoff both had success from the kayak, and both took a Golden Perch home for dinner (Geoff striking with a small surface lure at dawn).
Trav and Whitey had less time on the water, but both would’ve been happy with their return for the trip.
As for my son, Tully, let’s just say he finds fishing relaxing…

Lots of fish, lots of fun in the sun. It’ll make you feel alive.

For those of you interested in the condition of the 3DR SOLO Drone (after the incident with the tallest tree on the river), these things are tough!!! New props – $40, Footage – PRICELESS!!!