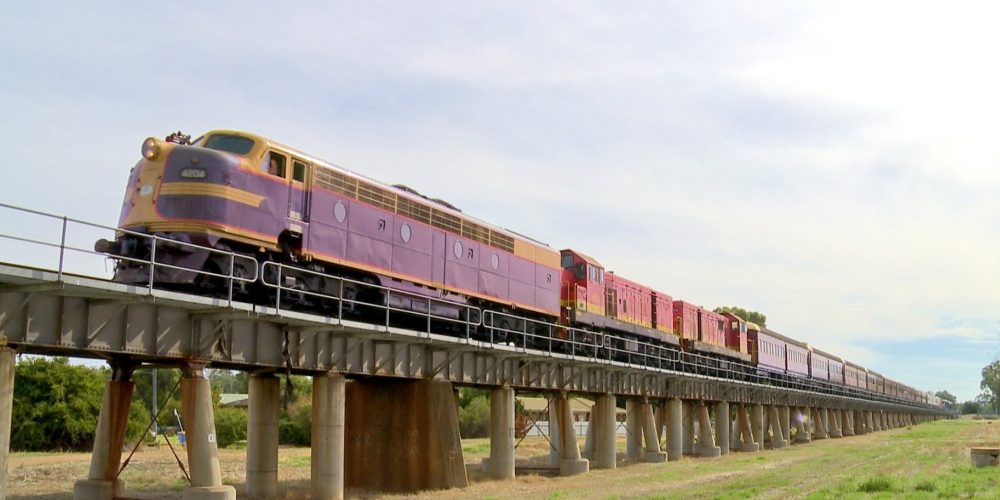 A heritage train operated by the Lachlan Valley Railway makes its way over the Wagga Wagga viaduct on 14 March 2014. The train is lead by restored 42 class diesel locomotive 4204, followed by 49 class diesel locomotives 4903 & 4906, then a collection of passenger carriages and finally 32 class steam locomotive 3265 pushing tender first at the rear of the train.

The train would be used to perform short shuttle runs between Albury & Gerogery on 15/3/2014, and a longer steam only rail enthusiasts trip from Albury to Junee and return on 16/3/2014.