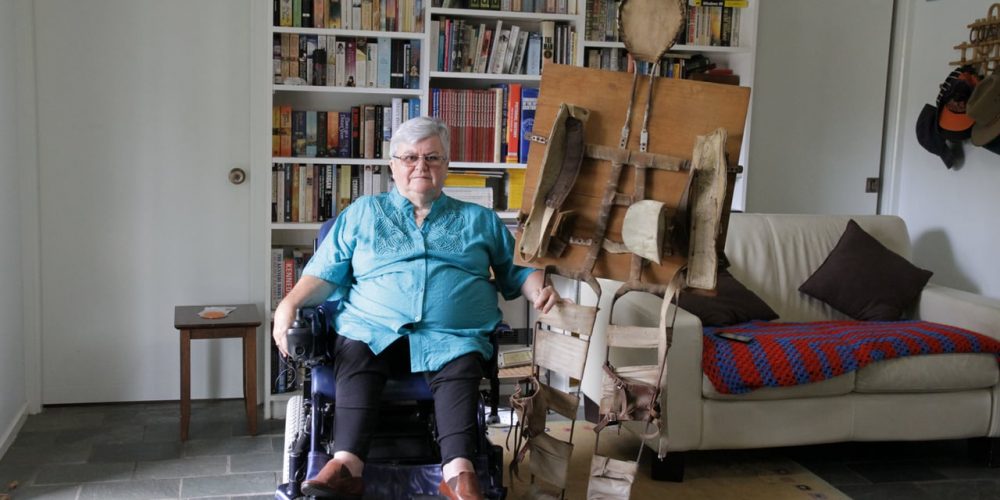 Ann Maree McLeod was just 6 when she was diagnosed with polio, during a nationwide epidemic. The diagnosis meant a big move away from her family and her hometown of Lockhart in NSW, first to Wagga Wagga and then interstate to Melbourne, Victoria.

For the first 6 years of her treatment, Ann Maree spent most of her days strapped into this double Thomas splint. The full body splint immobilised her, and countered the affects of polio, which made her muscles constrict and claw up.

As a teenager, Ann Maree returned to her hometown and at 16, made the choice to continue life in a wheelchair. She recently discovered the splint she spent much of her childhood in, which her mother had kept and stored in a shed. After much consideration, Ann Maree donated the splint to Greens Gunyah Museum, where it is now on display. She says it was her way of thanking the town that was behind her recovery and a way to tell the story of a disease that is now rarely heard of.

This story was made with Heather Trevaskis from the Greens Gunyah Museum in Lockhart. Heather and Ann Maree spent a few months working together in Lockhart at the same law firm and the acquaintances met again when Ann Maree donated the splint to the museum.